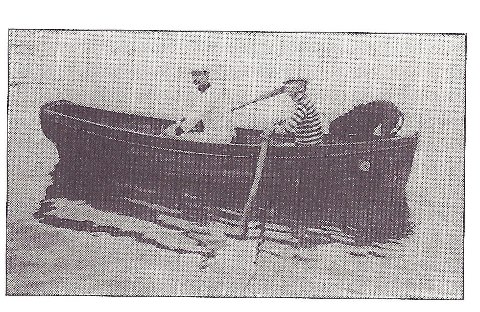 Portuguese water dogs, also know as Cao de Agua (pronounced Kown-d’Ahgwa) meaning dog of the water, some say date back to the 8th century.  Fisherman used these dogs along the coast of Portugal as shipmates and guard dogs. The dogs would usher fish into the nets, act as couriers between boats and shore, retrieve lines, nets, and fallen items in the water.  Portuguese water dogs were important members of the “crew”.  As time went on advancements in fishing techniques and technology, such as radio, left the PWD without a job and they nearly became extinct.

Fortunately dog enthusiast Vasco Bensaude preserved the Portuguese water dog.  He acquired a dog-named “Leao” from a fisherman and started breeding theses wonderful dogs.  The first PWD was imported to the United States in the 1968.  The breed has grown and developed over time to the present day Portuguese water dog.  For a full history of the breed please follow the link to the PWDCA website http://www.pwdca.org/history.